The plan was to explore a new hiking trail called Sungai Pisang, aka “Banana River”. When we mapped out our timelines, it went something like this:

Who would have thought that the photo taking would have outstripped the time it took to do everything else? I mean, 1 hour and 20 minutes to walk a distance of 2 km on very level ground because we were stopping to take photos every few meters? 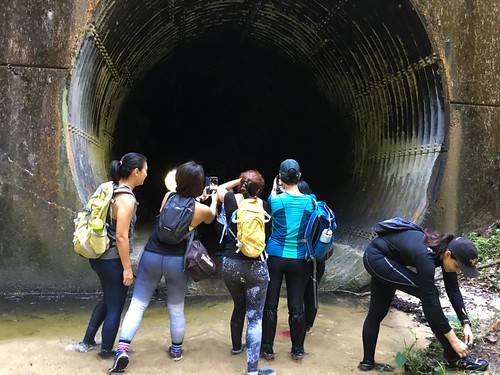 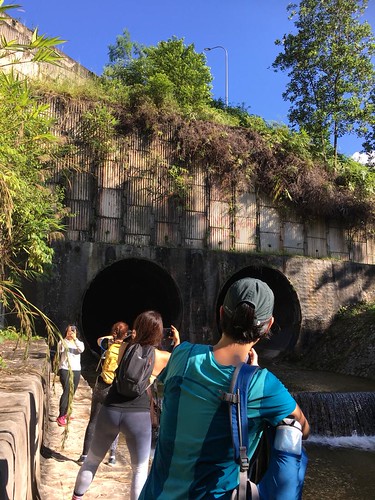 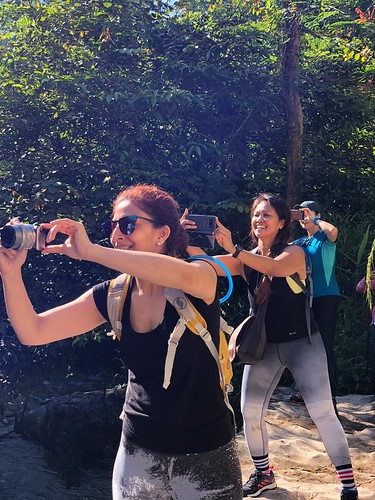 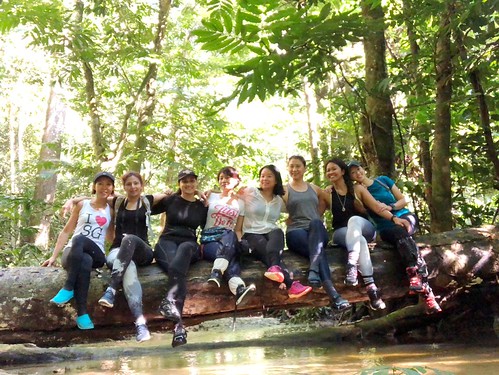 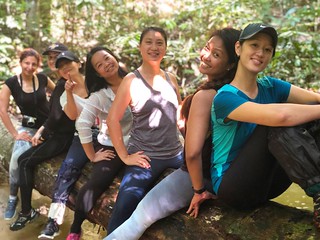 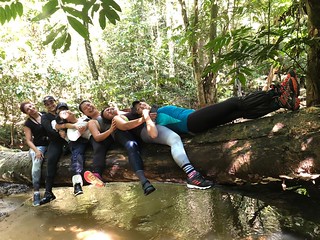 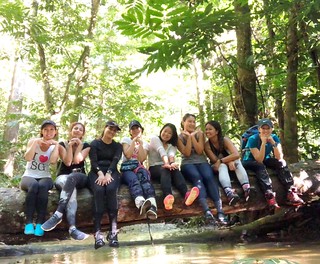 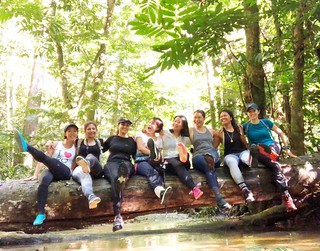 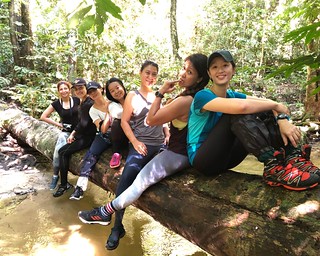 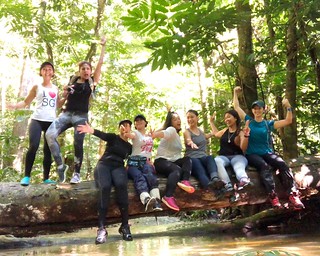 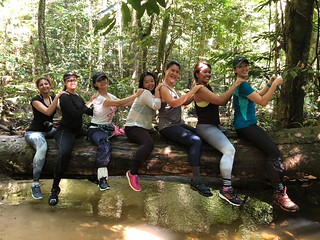 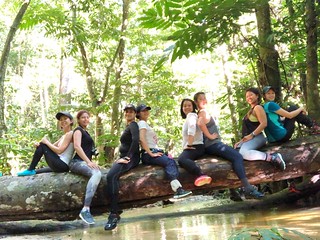 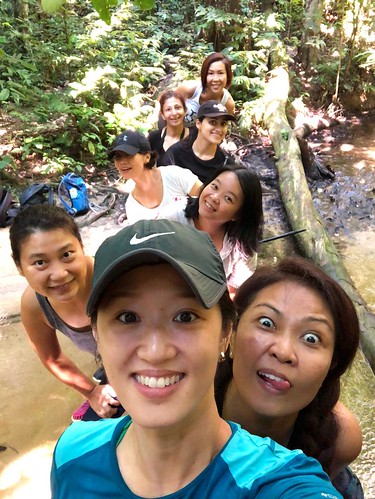 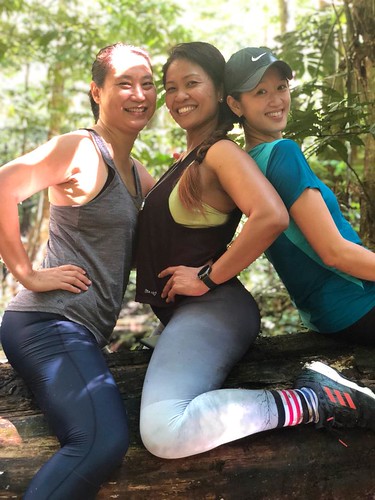 We even ran out of time to picnic and had to scoff down all our food in 20 minutes. This was definitely not a hike. This was a photo shoot. 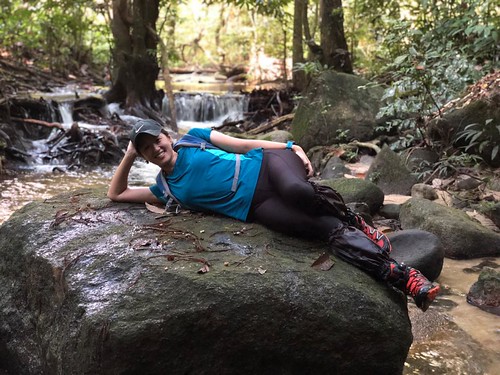 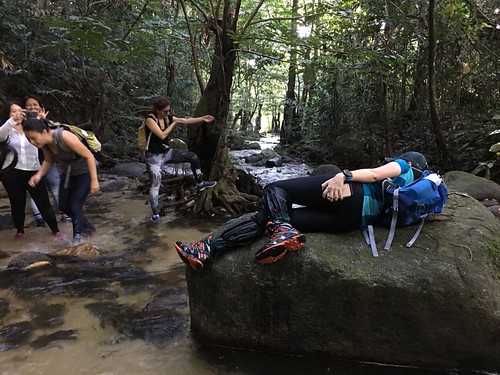 But when you see views like this, how do you not stop to take a photo or 100 (photos taken by Shameena Abdurahiman)? 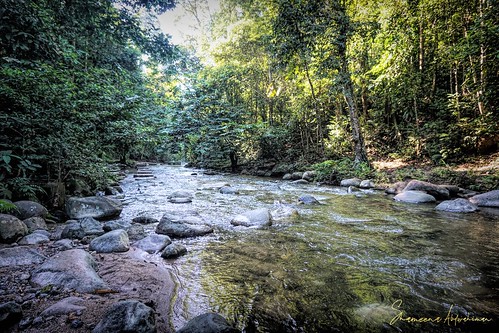 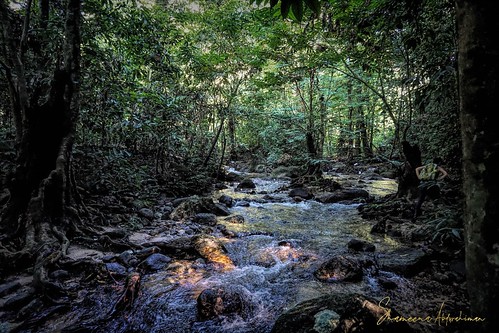 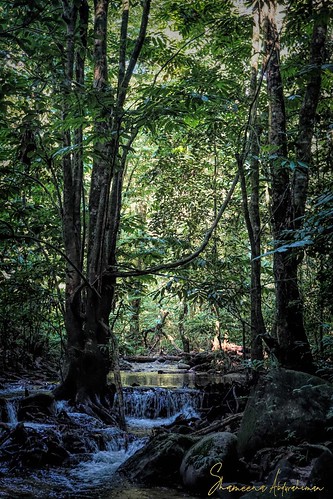 The most amazing part of this hike is the walk through the tunnels. It’s like walking through a wormhole into another dimension. 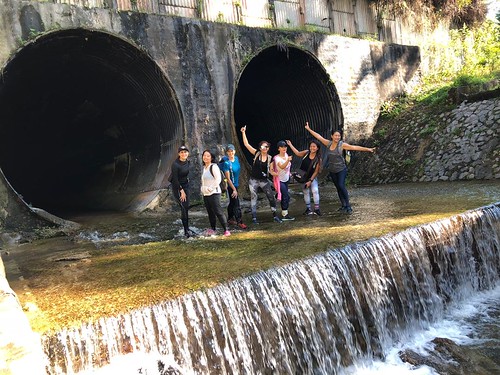 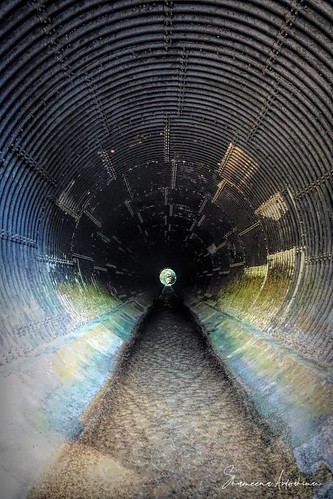 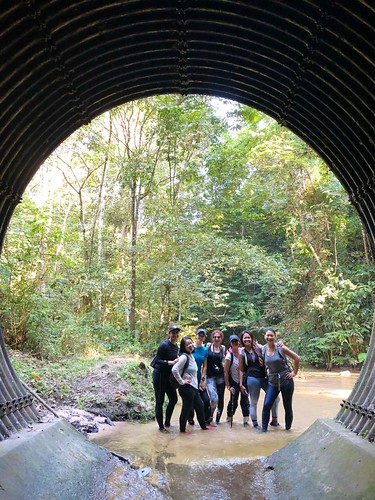 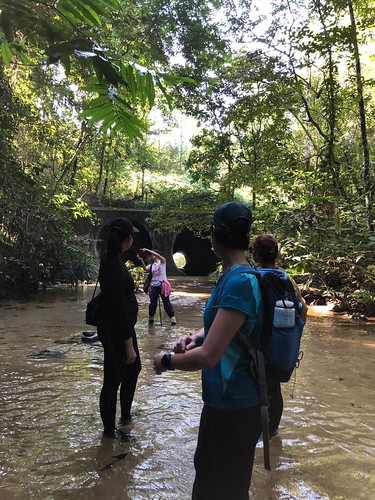 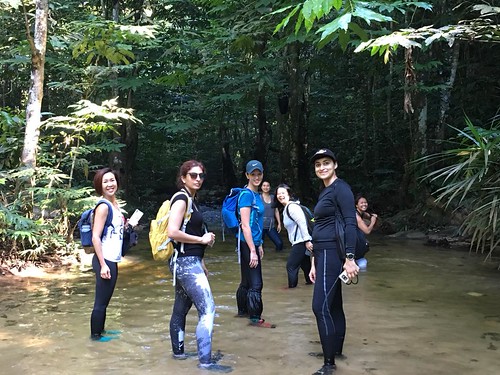 At the end of the trail (just under 4 clicks in), you come to this lovely waterfall: 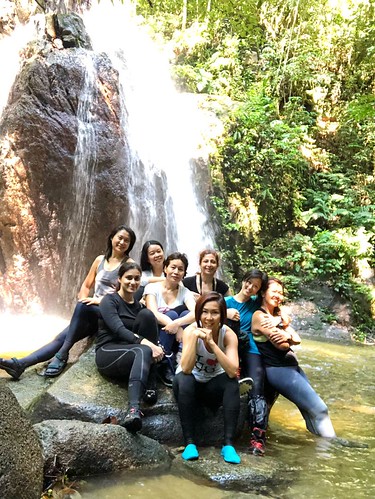 The Down Side of Sungai Pisang

There is a lot of wading through water and there are leeches! Not a lot, but they’re there. 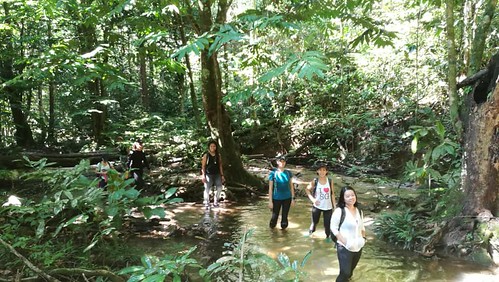 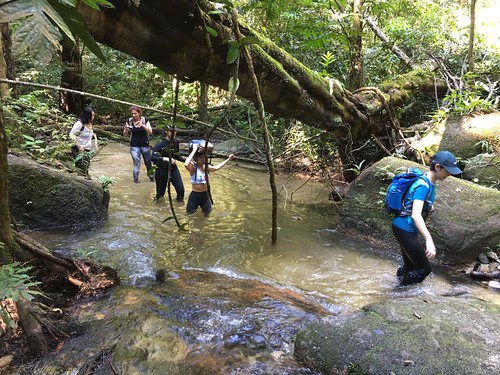 I went in with leech socks but came out with three leech bites under my t-shirt. I’m guessing it happened near the waterfall when I waded in waist-deep to the waterfall.

The other down side is that I hear it is very crowded on the weekends. We got to enjoy Sungai Pisang all to ourselves because we went on a weekday. Given that there isn’t a whole lot of space around the waterfall, I don’t really think I would like to be there on the weekend when it is filled with people.

Near the spot where we parked out car, there is a pet monkey (it was wearing a diaper and appeared to belong to a man who lives in the area). Do not be fooled! This monkey may be little and a pet but it is vicious! It will attack without provocation. One of our Jungle Babes was bitten three times by this monkey before the owner came to remove it!

Set your directions to Jungle Lodge Alang Sedayu. You can park your car by the side of the road and then walk further in, down the road until you get to this sign: 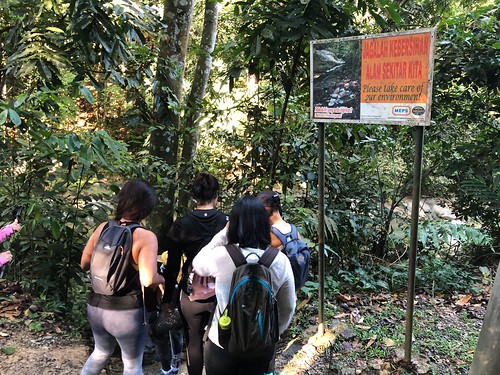 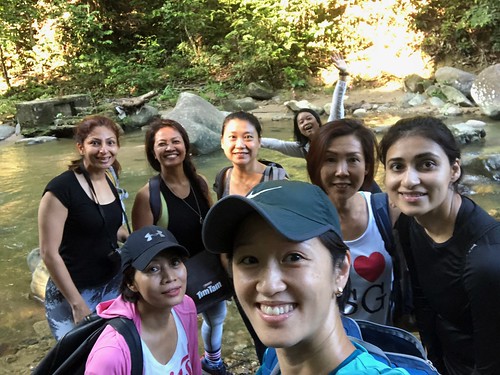 Walk down the the river and cross it. Follow the side of the river until you come out to the base of the highway and turn right. Keep going until you see the two tunnels. Go through the tunnels and keep following the river to the waterfall at the end. It’s pretty straightforward so you can’t really get lost.

This is the trail:

It’s an easy trail but don’t forget to follow the Hiker’s Code.