Most of the changes took place over six to seven months from October-November 2017 to April 2018. I should also mentioned that even though this post is labelled “my weight loss journey”, weight loss was not the goal when I first started. Losing the weight was more like a happy “by the way”. My real goal when I started down this path was strength and fitness.

The real title of this post should have been:

It all began when I said I was going to sign up for a Spartan Race. Since it wasn’t a weight loss journey, I don’t have any proper “before” and “after” photos. It was a struggle even to find a full length photo of myself! But I think these will work…

This was me during Chinese New Year 2017 with #fatmanrunning, and I weighed in at 66 kg: 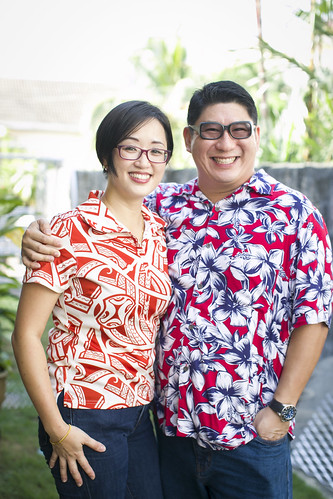 I did not think I was fat or overweight, even though I was a full 8 kg heavier than I was before I got pregnant with G1. I’d even given away all my pre-pregnant clothes because I was sure I would never be able to fit into them again.

While I could blame my boys for the weight gain, I knew that some of it was also the result of age and a slowing metabolism. I learned that the hard way when an outfit I’d been saving for Chinese New Year was too tight when I tried to put it on. At a certain point in your life, you’ll discover that you can no longer sloth in front of the idiot box doing bicep curls with a block of chocolate and not have to pay for it in some way.

I digress… The photo above was taken at the start of 2017, but the real weight loss didn’t start until the end of the year. So here’s a more accurate “before” photo which actually looks more flattering. It was taken in November 2017 when I weighed about 65 kg. That’s right about the time we decided we were going to do the Spartan Race. 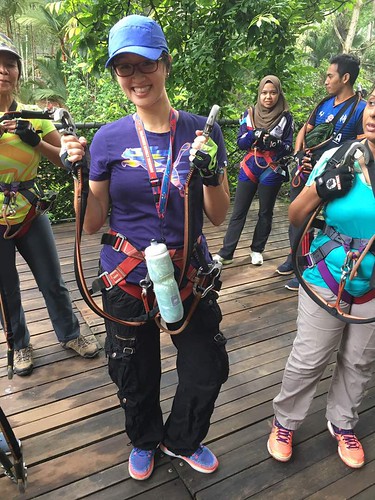 And this was me on Spartan Race Day in April (left), weighing in at 58 kg. I was back to my pre-pregnancy weight (right) – something I never thought I would see again for the rest of my life. Admittedly, I am dressed in black which is always a flattering colour so I probably look slimmer than I really was. 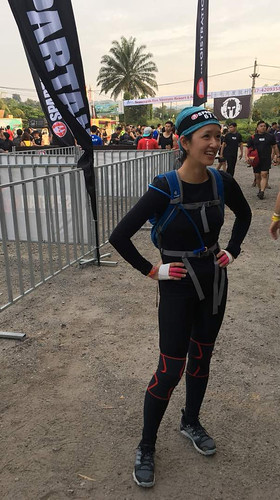 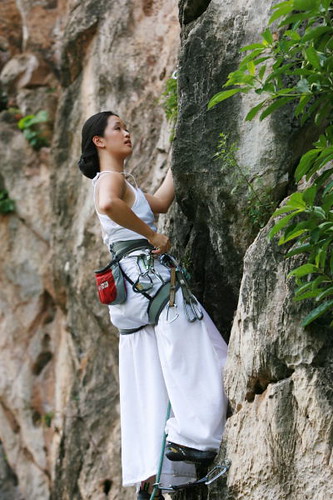 Although it wasn’t my intention to lose weight for the Spartan Race, I won’t deny that it was a pleasant side effect of my training. As such, I didn’t know if I could keep the weight off once I stopped training. I’ve always believed that any weight loss program should be a lifestyle change. You cannot expect to keep the weight off if you plan to return to the lifestyle you had before you lost the weight.

Since completing the Spartan Race, I have dialed down my workout intensity and been naughty (very naughty sometimes) about the food I’ve eaten. It has been a bit of a relief to my body to slow things down because the Spartan training was intense. Age will not suffer the foolishness of youth and we pay the price for pushing too hard. I should add that although I no longer work out as intensely as I did during my Spartan training days, I still work out much more than I did when I took that picture during Chinese New Year.

I do not have year long stats yet, but this is me in August, four months after the Spartan Race: 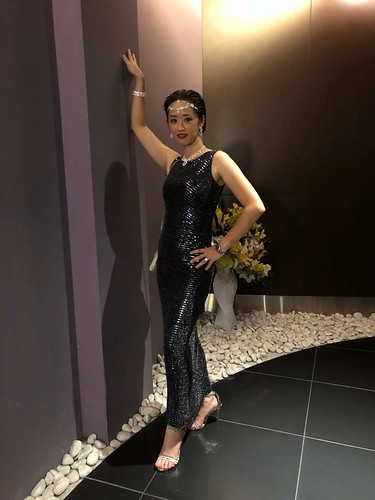 Again, the dress is black – my favourite colour for hiding body flaws – making me look better than I really do. I can’t show you what I really look like, because I feel too self-conscious to take photos in my underwear for public display. That’s probably a good thing since I don’t have any abs to show off. Well, maybe if I suck in my stomach after waking up in the morning and being dehydrated all night long then perhaps there might be some visible shadows.

You’ll just have to take my word for it that I have maintained my weight for at least four months at about 58 to 59 kg. Okay, okay, there was some indiscretion while I was in Perth where I displayed a complete lack of self-control when it came to eating. My only saving grace was the fact that we walked a lot and I ran, like once. Things returned to normal when I got back home – thank goodness for that. I don’t think I can live in Australia – it’s far too dangerous for me. I’ll carve out a path with my mouth through every dessert joint in town and end up as round as a ball.

Digressing again… Will I be able to maintain this weight? Ask me next year. In the meantime, I’ll hang on to my old clothes in case I should need them in the future.

Okay, let’s move on to the part you really want to know about…

How Do You Lose Weight?

In The First 20 Minutes, Gretchen Reynolds said weight loss is 20% exercise and 80% diet. What does this mean? Women’s Health covers it in greater detail, but in a nutshell, it is essentially this:

And that’s why weight loss is 80% diet and only 20% exercise. Unless you’re an elite athlete, you’ll never workout enough to burn it all away.

My diet is crap and I have almost zero motivation to fix it. If you give me a diet plan, I’ll ignore it. Unless it contains food I want to eat on it. Unfortunately, most of the food I like to eat aren’t exactly high on the list for a weight loss diet. That’s probably why I didn’t even think about losing weight when I started training for Spartan. I knew that I would never correct my diet so what was the point? I did, however, make a few changes to my diet. I snacked less, for instance:

Out of the foods I enjoyed eating, I tried to select the more satiating options so I wouldn’t feel hungry too quickly after. I also controlled my food intake in the sense that if I had a big lunch, I’d have a smaller dinner. I didn’t count calories or force myself to eat stuff I didn’t like. There was no paleo diet, low carb diet, or any of those diets recommended for weight loss, because, let’s just be honest, I’d never be able to stick to it.

As far as a caloric restriction through diet went, I definitely reduced the calories. Did it contribute 80% of my caloric deficit? I highly doubt it. Food is my weakness, but even without the strict discipline in my diet, I still lost weight so take heart.

One point I must make is that fruits aren’t bad for losing weight. I always hear about how fattening bananas are but they were part of my daily staples. I love fruits and I would eat them even if you told me they were bad for me. I had at least one banana almost every day. I ate apples, oranges, papayas, grapes, and avocados on most other days. People talk about how much sugar there is in fruits. My rationale is that eating fruit has got to be better than eating a bar of chocolate. Besides, I also knew that if I went hungry, I would end up overeating at my next meal.

The most significant change to my lifestyle was the exercise. I trained five days a week and it was not uncommon for me to have back to back workouts. For instance:

…you get the drift.

So there you go… that’s how I lost the weight – through an insane workout regime and a modest dietary restriction.

4 thoughts on “My Weight Loss Journey”