Ever since the Jungle Babes completed all three levels at SkyTrex Shah Alam, we’ve been talking about going to Melaka and Langkawi to complete the circuit. As it turned out, DH and I had planned a getaway to Langkawi and he surprised me by suggesting we do SkyTrex.

Why was I surprised? Because DH is acrophobic. He had cold sweats when we went up on the OCBC Skyway at Gardens by the Bay. So the last thing I expected was for him to suggest SkyTrex.

“Are you sure?” I asked in disbelief. “Because I’m not going to do the baby trail. I want to do the Island Extreme.”

“If I can’t, I’ll just take the chicken exit,” was his reply.

Well, he did do it and he went all the way through!!! 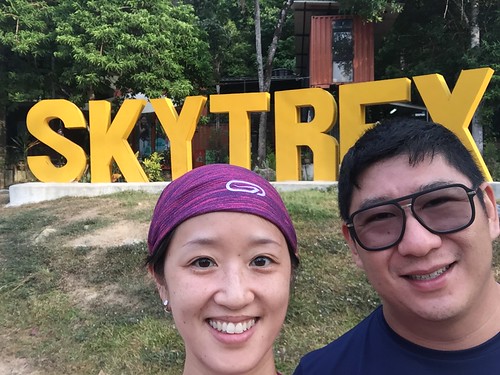 Someone told me this was supposed to be the hardest of the three SkyTrex courses. Either something has changed or they must have made a mistake because this was not any more challenging than the one in Shah Alam. There were a few interesting obstacles, but nothing beyond my comfort level.

So what did they have? There were the usual stuff: 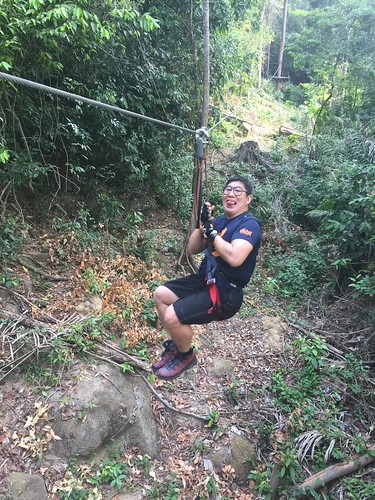 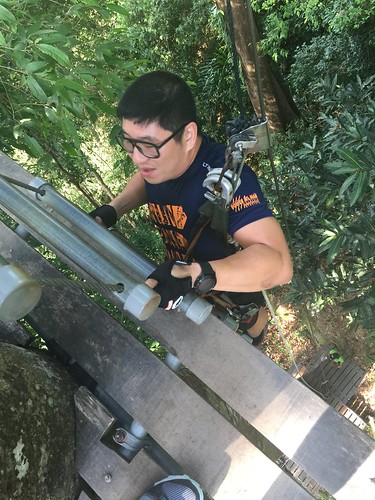 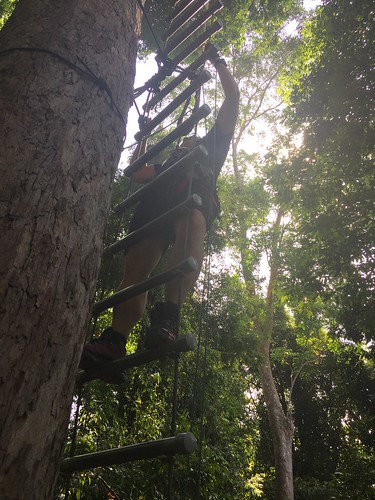 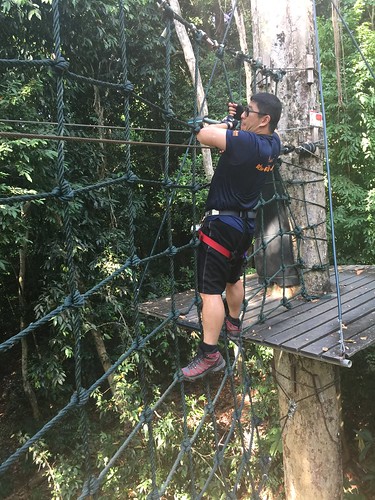 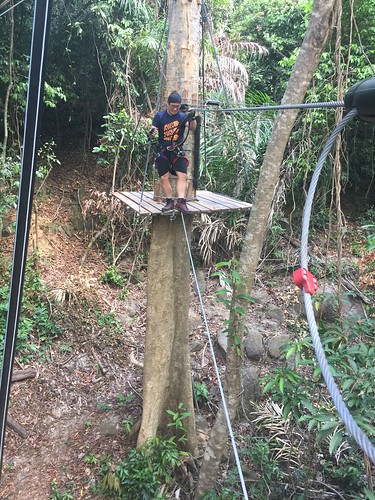 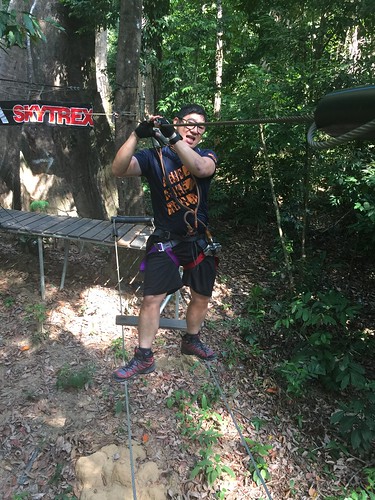 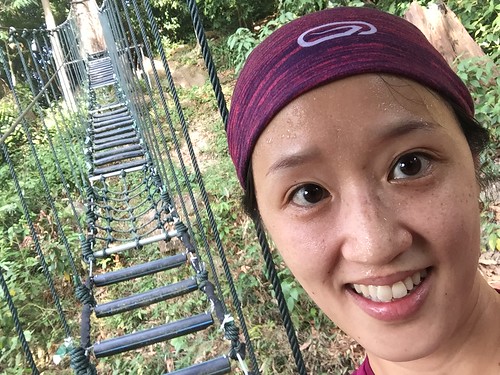 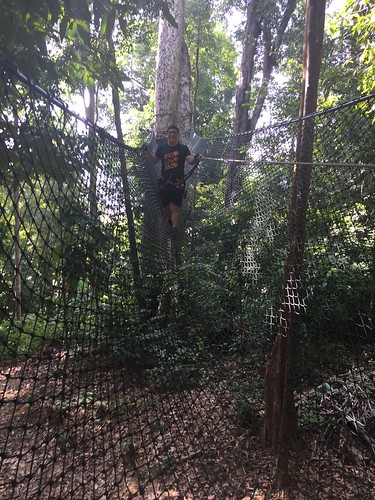 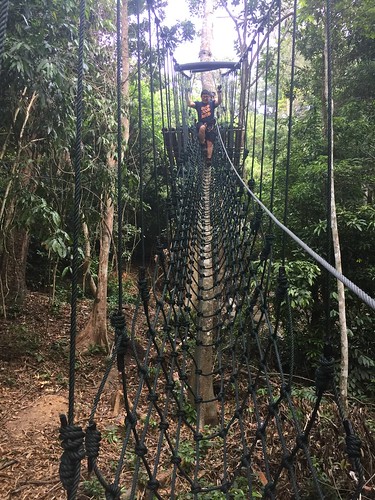 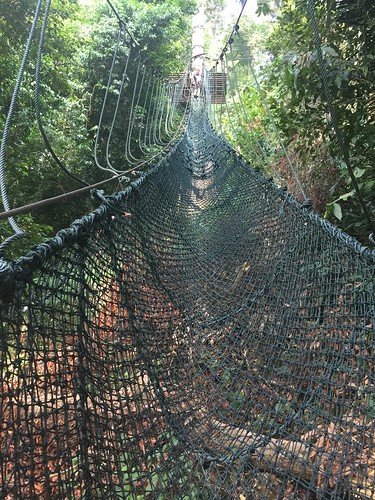 Then there were a few unique challenges that I’d never been on before: 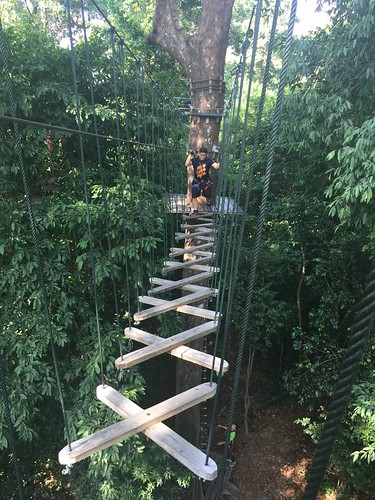 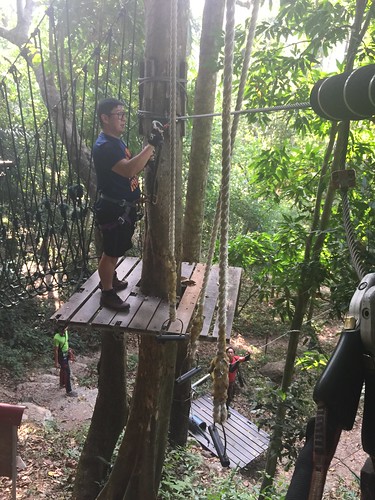 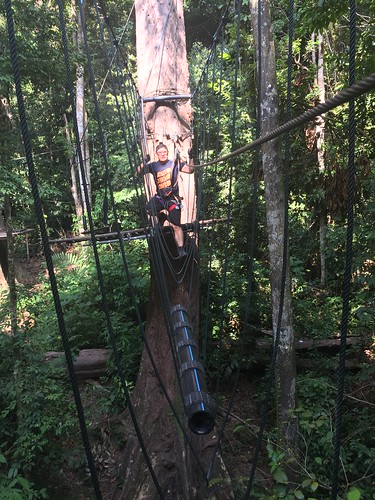 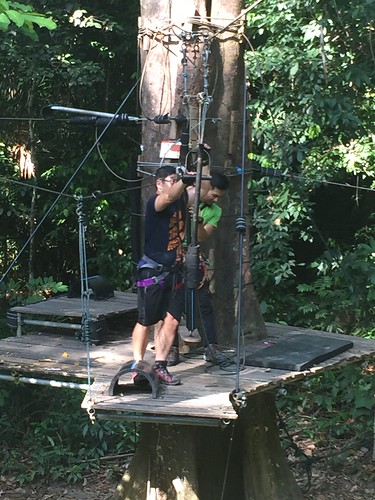 And that was it. Everything else was just repeats of the same thing. All in all, there were 31 challenges and it went by pretty fast. We took about an hour and half to complete the course with time for water breaks, rest breaks, and a few selfies.

Two down, one more to go. Melaka, here we come!