Yes. I’m a glutton for punishment. I went back for the second Fitness First Spartan Workshop. You would’ve thought I’d had enough after the first one, but no. I guess it’s a little like having a baby – after the first one, you swear you’re never having another one and then you do… 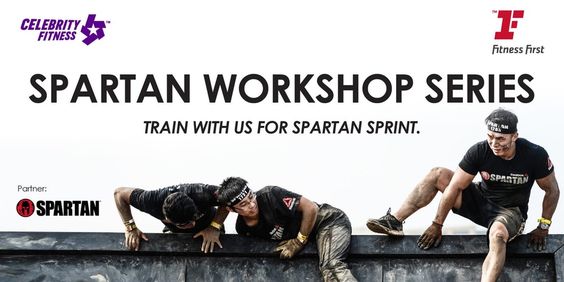 I thought it would be a repeat of the first day, but it wasn’t. Here’s what we did instead…

This time, we worked in teams of ten and we had to make sure we kept our team together. In other words, you help out the ones who are struggling and move on to the next challenge only when all your team mates are ready.

In our teams, we had to repeat the following circuit 4 times (without cheating too much – yes, that was the instruction):

Before the start of every circuit, we had to jog around the block. I think it was about 500 meters or so. Maybe a little more.

My team only managed to complete the circuit three times before it was “time’s up”. By the time we got to the third jog, we were walking. After the first circuit, we were no longer counting our jumps or get-ups properly (we were counting faster than we were completing them). By the third circuit, the Fitness First assistant at the burpee station took pity on us and allowed us to skip the push-up and jump so we were back to doing basic burpees. Amazing how easy those felt after having to suffer through competition burpees.

After that we finished off with some cool down stretches.

These workshops are intended to get harder and harder as we approach S-Day (i.e. Spartan Race Day) – or so I was told. Was this harder than the first one? I don’t know, but it sure didn’t feel any easier. One would think that after all the training I’ve been doing that it should get easier. I’m starting to wonder whether it is possible to get so fit that these challenges become easy.

I’d like to think I would have cheated less if they hadn’t given us an out and I didn’t have other team mates waiting for me. Then again, I can’t say I wasn’t relieved to be given an out because it was hard. Very hard. Like I wanted to cry hard. I think I was seeing stars at one point, too. The last time I saw stars was when I was delivering my baby and I thought that was the hardest thing I’ve ever had to do – physically, I mean.

I must confess that the doubts are starting to kick in. How will I ever complete the race when the workshops feel So. Damn. Hard? I’ve been training my butt off and I am still nowhere near Spartan ready. 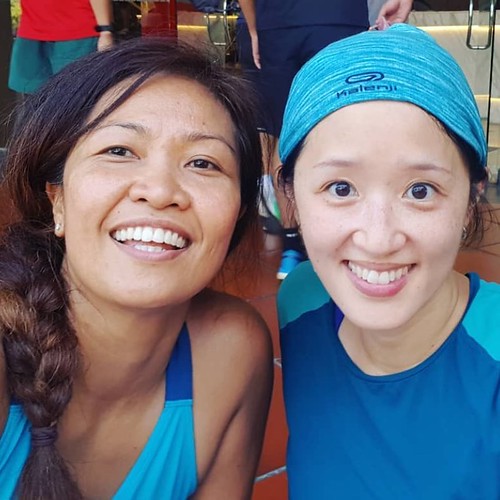